As you will be aware, the rights of parents to care for their daughters was undermined recently when a petition calling for parental notification for teenage abortions (Hillary’s Law) was rejected by a select committee. MPs voted to keep parents in the dark. Of most concern was that this decision was based in part on false information!  Governments don’t raise children, parents do. But if parents don’t know, they can’t care.

On Maori Television’s Native Affairs programme on Tuesday night, Hillary Kieft’s daughter Ariana broke her silence. It’s an important story to watch. She says “I was left standing with depression, anxiety, insecurities, numerous suicide attempts that I’m not proud of but that is just what teenage abortions bring to the table”. 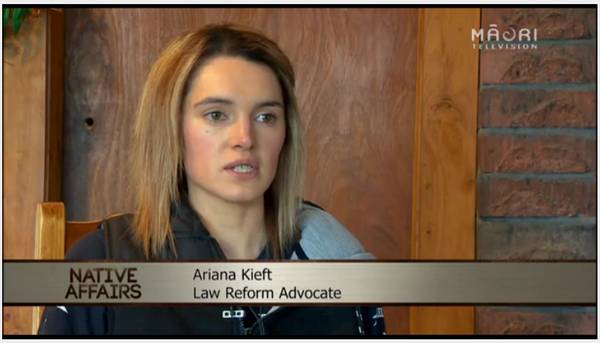 We’re being contacted by other families affected by this law (to add to our existing list!), but we’re specifically looking for young people who have been in Ariana’s situation – and now realise the harm that they and other teenagers are experiencing as a result of this law.

If you know of someone who wishes their story to be told (can be done confidentially and anonymously if required), please encourage them to contact us in confidence [email protected]

We applaud the bravery and commitment of both Ariana and also her family as they stand for the welfare of young people and the role of parents.